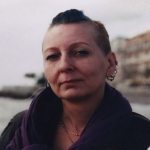 The Balkan cuisine borrowed many recipes from the neighboring countries, but gave them authentic flavors so they became truly Montenegrin. The great example is infamous Pršut.

The idea to rub a ham with salt, then air-dry it and cut into thin slices is not exclusive, in Spain there is jamon, in Italy — prosciutto. Italians brought this method to Montenegro, because Venetian trade routes passed through the country facilitating the exchange of cultural and culinary traditions. Montenegrins liked the recipe and decided to create a similar product.

Every part of the country has its own variety of dry-cured ham, but the most successful is the Njeguši region (Њegushko poљe), located at the foot of Mount Lovcen, 900 meters above sea level, between ancient cities of Cetinje and Kotor. Many generations of local families have made Pršut, there are memoirs of the Norwegian travellers who tasted delicious Njeguški pršut 150 years ago.

Now Pršut is produced in large capacity and its market price is quite high — about 20 euros per kilogram — due to the complexity and duration of the process.

A sizable mature pig — 100-140 kg — is usually used for the traditional pršut, but other kinds of meat are acceptable. In November or early December the process starts — the pig legs are separated from the carcass, leaving an oval ham on the femur. Sea salt from Ulcinj region is rubbed over ham, and then the meat sits in a special bowl in a cool place.

The ham remains there for about 2-3 weeks, and master pours out the allocated liquid and sprinkles the meat with salt. Another option is to put the meat in brine, and change it often.

Then the master washes the ham thoroughly and place it under the press to squeeze out the remaining juicies. The press is simply consists of wood boards and barrels of water.

After two weeks, the ham is washed, dried and ready for smocking. In a smokehouse — stone structure with a wooden roof — the master lits fire using oak, elm or beech wood and the aromatic smoke fills the room. This process has to be stopped during the rain, or the meat will turn black.

The flame is very low and smoking temperature is quite cool — 12-16°C (53-60 F). During the day, the ham is gradually smoking and at night it is cooled down by crispy wind. After a month of this procedure, the frequency of the heat treatment is reduced, the master lits the fire every other day, then once a week and so on. By the summer, it is all done, the ham just stays in a cool dry place.

The final step — the master rubs the ham with red pepper or secret mix of spices, and by September delicious pršut is ready. The two-year-old pršut is more expensive, during the year that has passed since the end of smoking, the ham fully reveals its bouquet.

It seems like the pršut can be made anywhere, just take a piece of meat, some salt and spices, but the taste of Njeguški pršut is simply unreachable — nature plays the main role in curing, winds from the sea and the mountains give the Njeguški pršut its fantastic aroma.

During the curing process, the ham loses 30-35% of its weight. Nevertheless, pršut is very fulfilling and rich in calories (250-330 Kcal per 100 g). And serving is very important. Like they say it in Njeguši — pršut should be cut so thin that you can see the Lovcen mountain through it.

Pršut could be a self-sufficient meal or an ingredient of traditional hearty dish. In the Balkan countries, it is traditionally consumed for breakfast, pršut gives enough energy to go through the day.