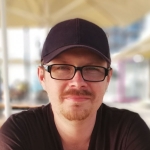 The town of Bar is in the south of Montenegro. Together with the small places nearby (Sutomore being the most known among them), Bar forms a resort area called Barska Rivjera, or Bar Riviera. Its soft climate, sandy and pebbly beaches, many historical sights and cultural activities, along with the convenient infrastructure (the town has a railway connection to Podgorica and Belgrade, and a regular bus connection with Tivat) make Bar one of the most attractive tourist destinations on the Adriatic coast. Make sure to read this to know the places to see, eat and relax at while in Bar.

Bar is located in the south of Montenegro. From the climate point of view, its unique positioning (bordering on the sea on the one side and the mountain range and Lake Skadar on the other) ranks Bar Riviera one of the warmest and isolated places in Europe: the place boasts 270 sunny days a year on average. For the same reason, Bar Riviera is considered one of Europe’s best places for cardiac and asthma patients.

Over the thousand years of its history, Bar was rebuilt several times, and sometimes from scratch after major earthquakes. This is the reason why many buildings that are known from historical records and chronicles have not made it to our days. Nevertheless, there are still landmarks to see in Bar.

You can embark on your voyage of discovering Bar from its old town and the old fortress resting in the mountains above the modern town some four kilometers from the coastline. Archaeologists say that some fragments of the walls and the foundation date back to the VIII century B.C. It means that the fortress was one of the first fortifications built by the Slavs who came here to stay. Regretfully, the walls and the internal structures were seriously damaged in the course of the liberation war against the Turks in 1878, and the major earthquake of 1979 almost destroyed what was left of the brickwork. However some fragments of the fort's walls are still there, and parts of St. George’s Cathedral (XI c.), foundations of the chapels of St. Ekaterina and St. Venerada as well as the Omerbašoća Mosque with a minaret, the Tomb of Dervish Hassan and a house for pilgrims have escaped destruction. Some buildings were later reconstructed, and Stari Bar remains a popular attraction with a wonderful view of the modern city, the port and the waters of the Adriatic opening from the top of its walls. The fortress is open for visits from 8 till 22 daily, there are souvenir shops and a café.

One of Montenegro’s most impressive landmarks is a three-kilometer long water conduct built of stone with 17 huge arches. The massive aqueduct was built in the XVI c. during the Turkish presence on the Balkans and it used to supply Bar with fresh water from the springs on Mount Rumjia.

Today, the Bar aqueduct is one the only three aqueducts to survive in the Balkans (the other two are in Macedonia and Croatia).

The Palace of King Nikola

A small palace complex (including the Big and the Smaller palaces, a chapel, a winter garden and a botanical garden) known as the Palace of King Nicola was built in 1885 to the order of the ruler of Montenegro and later passed into the hands of his daughter.

The palace now houses the city museum with a display of archaeological rarities, historical documents and works by Montenegrin artists representing several epochs. The museum is open daily from 8.00 till 23.00 and a break between 14.00 and 17.00.

The old fortress sits on the Mount of Sozina hovering some 180 meters above Sutomore. The fortress was first mentioned in 1542, but archaeologists believe that it was build a century earlier. Due to its unique positioning (its walls can be approached by one path only, and the fortress has an unobstructed view of Bar and past of the coastline), Haj-Hehaj changed hands several times and sustained more than just a couple of sieges by the Turks and Montenegrins. After each conquest, the fortress changed its appearance, and today, it manifests signs of all the three cultures, with a stone wall carving of a Venetian winged lion above the main entrance.

The fortress was definitively taken over by the Montenegrins during the liberating war of 1877-1878, however, it subsequently lost its strategic relevance and fell into a decline.

The ruins of the Monastery stand on the on the Ratac peninsula close to Bar. The Monastery used to be owned by the local Benedictine community.

Written sources first mention the Benedictine monastery in 1247. It is primarily known for the chronicles of southern Slavs known as the Chronicle of the Priest of Duklja. By the way, Duklja is not a name but rather a nickname given to the chronicle’s author with a reference to the name of the area, Duklja, where Bar is located. The name of the monk who worked on the chronicles has not been retained in the monastery’s archives, probably because the monastic order was ousted and the monastery burned down in XVI by the Turks. The chronicle has survived and can be seen today at the Vatican library.

It is held that the local olive groves count at least 100,000 trees. The oldest one is aged some two-and-a-half-thousand. This is the oldest of the “living” trees in Europe, and, possible, in the world. The Old Olive is admired not only as a local landmark but as an important beacon of Montenegrin culture. There is even a festival dedicated to the tree, and we are going to speak about it a couple of paragraphs lower.

Bar Riviera is known for its small, often secluded beaches hidden from prying eyes. Families with children, solo travelers, naturists and everyone else will find a place to their liking.

Beogradska plaza (Belgrade beach) is a pebbly 100 meters long beach. It is located between Sutomore and Shushanj. The beach is hidden from the shore by dense vegetation and rocks, and there is usually only but a few people. The beach has everything to make your stay comfortable: sunbeds, sunshades, a small café, and a parking lot.

Buljarica (Crvena, or Red) Beach is a sandy beach called so because of the color of its sand. It is situated in an inlet between Bar and Sutomore. This place is one of the most distinctive beaches n Montenegro: a startling combination of the marine water and the brightly colored red sand make photographs taken here especially impressive. The beach is small, only some 50 meters long and 12 meters wide, a wonderful place for a quiet rest by the sea.

The Kraljica or Queen’s beach is a small sandy beach in the vicinity of Canj. It got its name after it became the favorite pastime spot of queen Milena. It is one of the most inaccessible beaches of Bar Riviera, for it is surronded with sediment cliffs and is approachable from the sea only by a boat leaving from the Canj pier. Nevertheless, the place is equipped with everything for a pleasant pastime: sunbeds, sunshades, showers, and a restaurant.

Maljevik plaža beach is a small rocky beach to the north of Sutomore. The beach is considered a remote one and fit for couples seeking a place for a quiet pastime. This place attracts divers (the underwater part is known to contain fragments of the foundation and the walls of an ancient pagan temple) and underwater hunters, for the sea water is extraordinary clean.

Veliki Pijesak (the Great Sandy Beach) is a sandy beach in the south of Bar Riviera close to Dobra Voda. The beach is shielded from the coast by sheer cliffs and is hidden from the sun by the low-hanging tree branches. The water is accessible by a narrow path. The beach is “half-wide”: there is no café, so make sure to grab along anything you may need to picnic.

The Naturist Beach is a small (only some 30 m long) pebbly beach near Dobra Voda. Part of the beach is laid with concrete plates. It is fenced from the shore by a mountain wall and dense vegetation. There are sunbeds and sunshades.

The Cultural season in Bar Riviera opens in April and does not subside until December: religious festivities, theatrical shows and parades, sports competitions and other events will keep you entertained when you are not busy swimming or taking a walk.

In July, the city welcomes the opening of “Barska Ljetopis” (Bar Chronicles) festival. Despite its name, the festival is not only about books (which, nevertheless, are the central element of the festival): for two months, several venues along the coastline of Bar Riviera host public readings, music performances, arts exhibitions, and dance marathons.

In mid-July, Virpazar, a village on Lake Skadar, inaugurates the traditional Crmnica sports games which last until August. Every weekend, there are spectacular competitions in all kinds of sports.

Last week of July is Days of Mrkojevići. What makes this festival different is its purely national focus: visitors get to know Montenegrin culture, its cuisine and wines. For seven days, several venues throughout Bar host culinary and cultural events and master classes, concerts, and fairs.

For Bar Riviera, August is the month of sport. In parallel with the Virpazar summer games, Bar hosts the Port Cup, an international volleyball tournament for women. For many years, the main game of Cup is between Montenegro and Serbia.

In August, Sutomore becomes the venue for the annual sea swim, the Water Marathon for 5 km. It is an open competition that anyone can join.

In November, Masliniada, the most delicious of all local festivals, opens in Bar Riviera. The festival is dedicated to the end of the olive harvesting season and is traditionally held in the form of a fair of olive oils, pickled olives and other national delicatessen.

The year end is crowned by two major festivals. In December, Bar hosts the International Telefestival which unites scriptwriters, film directors, and producers of documentaries and TV shows from all over Europe and the world.

And now for the old olive tree, the one that is more than two-and-a-half thousand years old. “Under the Old Olive Tree” is a festival that gathers poets, writers, bards, and musicians for several days for literature readings, seminars, and concerts. It is worth mentioning that one of the main events on the festival agenda is a competition among children for the best portrayal of the festival’s symbol, the olive tree whose branches have for centuries been the symbol of peace and enlightenment.

Barska Riviera is a jewel in the crown of the Adriatic. The warm sea, tender sun, friendly locals, unusual cuisine and interesting sights are only a few of a long list of reasons why Bar is worth spending a summer.